Cedarcrest Kennel of Ava (Missouri), also known by its web address “Pup 4 U,”has fallen on the “Horrible Hundred” list of the worst dog breeders in the United States. Many of these puppy mills continue to operate, despite being exposed. Luckily, this kennel’s operations have finally come to an end.

The puppy mill owner lost his most recent license and was forced to close down. 42 puppies and dogs were saved by rescuers. While the pups are traumatized, they’re slowly learning that some humans can be kind.

Take a step in the right direction

Marilyn Shepherd ran the terrible puppy mill. She shut it down after she left. “hobby or show”Breeder license was permanently suspended. For six years, the business was listed on the Horrible Hundred List. The Missouri Department of Agriculture had issued multiple violations and the Missouri Attorney General filed lawsuits against the business. These lawsuits go back nearly 25 years. Shepherd lost her license because of these violations.

“Cedarcrest Kennel has been featured in national media as an example of why Missouri consistently ranks as the worst state in the country for sub-standard puppy mills,”In a press release, the Humane Society stated. 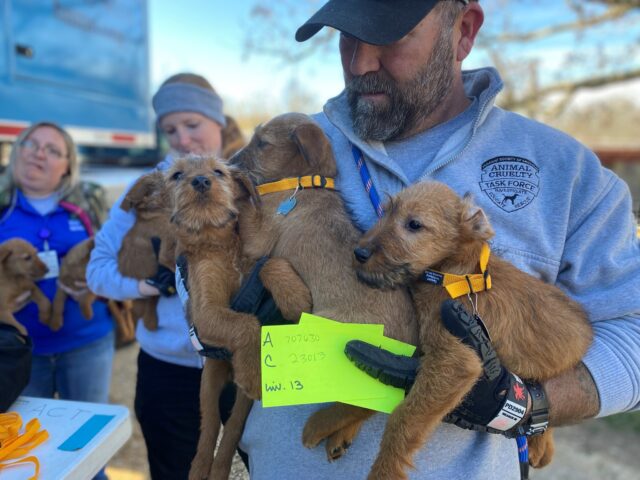 The 42 dogs that were currently in the puppy mill are being saved by the Humane Society of Missouri. Cairn Terriers, Yorkies and Schnauzers were some of the rescue breeds. Numerous puppies and adult dogs were forced to breed repeatedly.

The majority of the dogs were scared of humans and unwilling at first to trust their rescuers. There were also many medical issues, such as open wounds, cuts and matted hair. Their living conditions were poor. Many puppies were kept in small cages with wire floors. 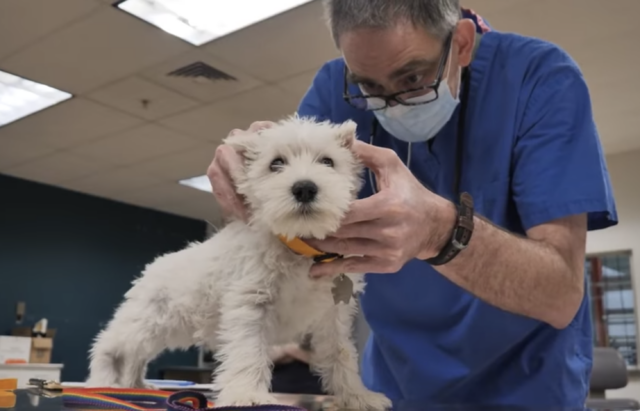 The rescue staff are doing all they can to save the dogs and get them ready for their forever homes. While many puppies are starting to play and enjoy their time, the adults remain cautious. Trusting your pups is possible only if you are patient and kind.

“You know, the first time you handle some of these dogs, they cower, they go limp in your hands. People are scary to them,”Ella Frank, assistant director of the animal cruelty taskforce, said. “Just watching the transformation, their emotional and mental growth, is amazing.” Many dogs are already healthy and ready to be adopted. Some dogs have found permanent homes. If you’re interested in adopting one of these wonderful dogs, visit the humane society’s website.

These puppy mills still exist, because the public continues to fund them. Because dog breeding laws are so loose, people often buy puppies from unknown breeders without researching. If you get a puppy, make sure you’re able to meet their parents and see the breeding location. You can also adopt a dog in dire need. You’ll be saving a life if you do!