Many Marvel fans are excited about the new Hawkeye show on Disney+. But the star of the show isn’t the main character. Instead, it’s his dog! Lucky, Hawkeye’s loyal companion, stole the show in the comic series, and fans are eager to see him shine in the television series too.

Everyone who loves comics knows that Lucky’s nickname is “The Lucky”. “Pizza Dog,”He still lives up to that name. His heartwarming story and the adorable canine actor are enough to warm anyone’s heart, even if you don’t watch superhero movies. What is Lucky the Pizza Dog and what makes him such an important character?

In the comic series, Lucky starts as one of Clint Barton’s (Hawkeye) enemies. Arrow was his initial name. His Tracksuit Mafia parents abused and mistreated him. Lucky realized that humans are kind and offered pizza to Barton. Lucky later turned against the mafia and protected Barton. Barton saved the dog’s life in return and named him Lucky.

Lucky was fully healed from his past, except for one eye. Barton and Kate Bishop became his friends, making him the main character. He was a popular recurring character in comics and fans were delighted to see him in the new Disney+ show. Although only the first two episodes have been released, it seems that his role will be significant. 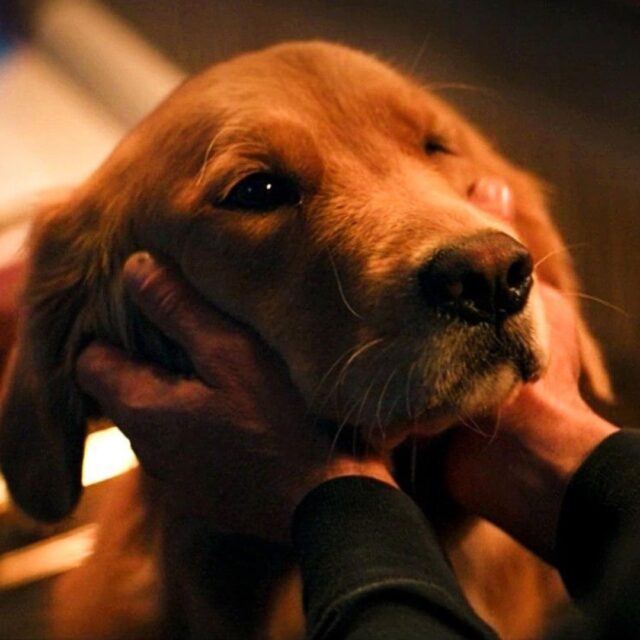 One of Lucky’s biggest moments in the spotlight was the Hawkeye comic’s #11 issue titled “Pizza is My Business.” The creators took a huge risk by making the entire issue from Lucky’s point of view. The creators loved Lucky and thought that it would be a great story.

Lucky’s comic goes into extreme detail, making it seem as much like a dog’s perspective as possible. The colors were chosen to be similar to the colors dogs love, such as yellow and blue. Humans speak only the words they would understand. Lucky was loved by even more people after this unique comic. It’s unclear if Lucky will get his own special episode in the show, but it seems he’s going to be just as popular as he was in the comics. The beloved character has been featured in promotional content. “Pizza Dog,” and his time on screen so far doesn’t disappoint.

Lucky’s Role in the Show

Lucky is played by Jolt, a female Golden Retriever. Before this role, Jolt also acted in some commercials, and she’s excellent at agility, dock diving, and other athletic abilities. Lucky will love her positive attitude. 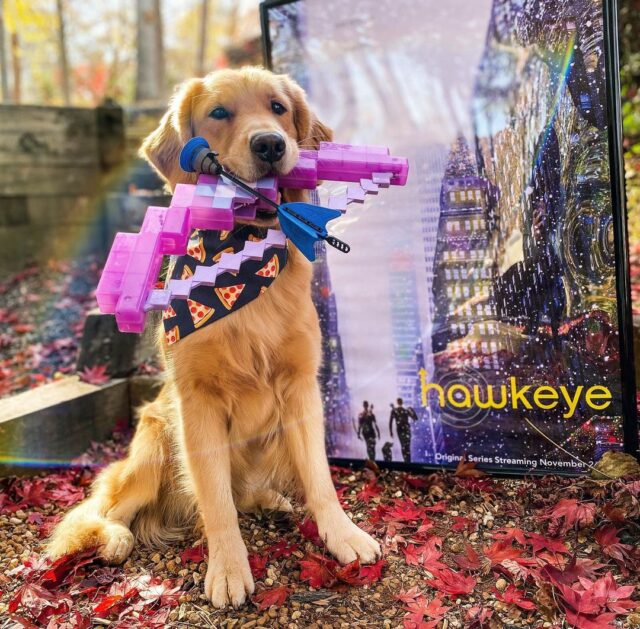 Jolt isn’t missing an eye, but producers use special effects to make it look like she is. According to Jolt’s Instagram page, she has even been preparing for the role. One video she shared shows her trying to steal a piece of pizza from another puppy. She’s going to make the perfect “Pizza Dog.”

Marvel fans were pleased to see Lucky’s appearance so early in the show. Just like in the comics, it’s clear that this canine is going to outshine the human characters. Hawkeye’s premiere episode was on November 24, 2021. The second episode will air on Wednesdays. It’s exciting to see what Lucky the Pizza Dog will do next!