WARNING: This content depicts animal abuse. Some readers may find it sensitive.

Burnsworth still hasn’t apologized or even owned up to his mistake. Dog parents are worried he’ll continue abusing dogs no matter what happens to his business. Dog lovers and victims are spreading the word about him as widely as they can.

“If someone saw something like that happening to my dog I would want to know,”Shaunna Sherrick, an employee, quit following the incident. 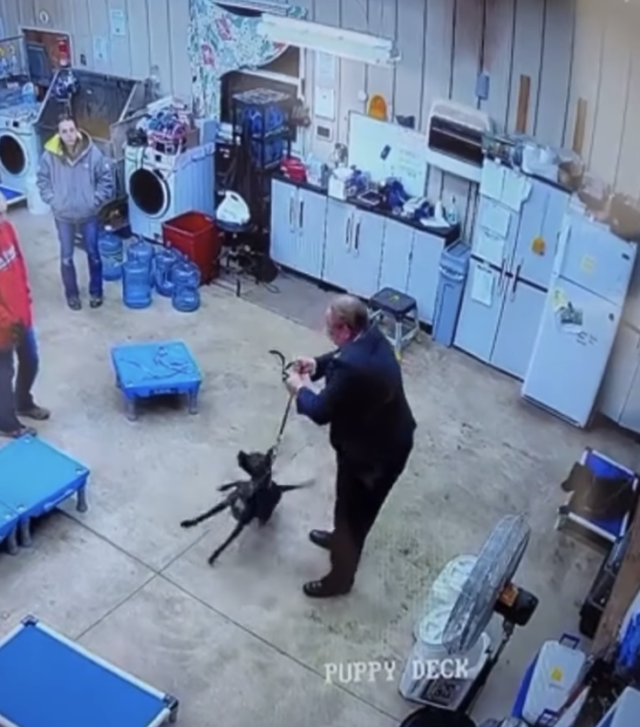 As it turns out, Odie isn’t the only victim of this man’s dangerous training methods. Although the business received many negative reviews regarding dogs returning home with injuries, the owner eventually removed some. To spread the word about this cruel business, a group of former clients created a Facebook page.

Burnsworth won’t apologize for what he did and will not admit it. Burnsworth claimed that he did what he needed to because Odie was biting at staff members. Janssen said that Odie was in training for some aggression issues, but Burnsworth’s actions are no way to train any dog. If anything, it will only make an aggressive dog’s behaviors worse.

“The clip that is out there is 55 seconds or 54 seconds — however long it is, less than a minute — of dealing with an aggressive dog that was attempting to bite, and attempted to bite several of the trainers, and they asked me to step in and try to help,”Burnsworth. “We’re being railroaded by social media. It’s crazy. We have received death threats.” 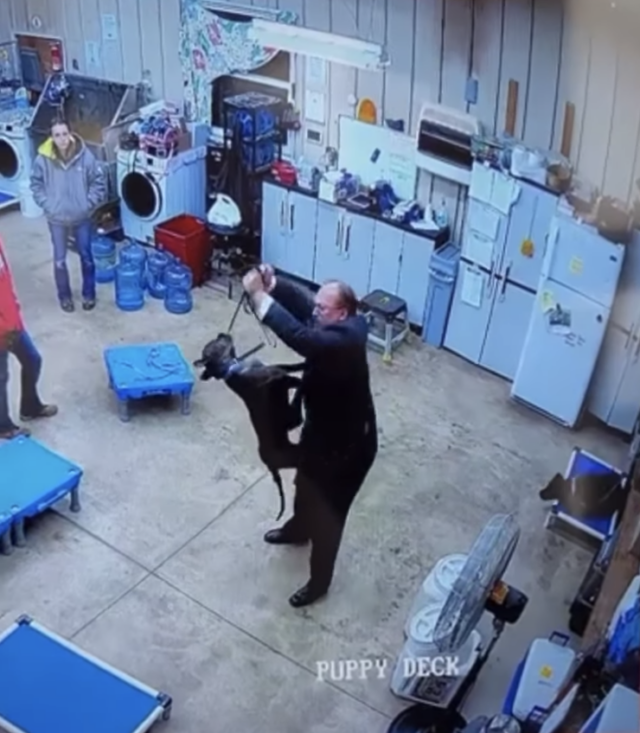 This incident is currently under investigation, but that hasn’t stopped Burnsworth. He began to close down his business and even listed it as “Anonymous”. “permanently closed”Google. He seems to have now opened it up again despite all the difficulties. Burnsworth even attempts to make people feel sorry.

It’s unclear if the investigation will make a difference, but dog lovers won’t give up. With many people sharing their stories and spreading the word, justice may be served. Burnsworth should never be allowed to care for someone’s dog again after his disgusting actions.

You can watch the horrifying video here