After being involved in an unusual abuse incident in Tulsa’s Mingo Valley, a sweet puppy is now safe in the care of animal welfare workers.

Neighborhood residents witnessed a woman draggin and kick a small puppy. They tried to stop her and save the little girl. They were unable to stop her from dragging and kicking a puppy. That’s when neighbors called the Tulsa Police Department. But the officers’ arrival on the scene didn’t stop her anger or her cruelty to the puppy. Things escalated quickly. However, the rapid actions of one of these officers saved the pup’s life.

Sarah Powell became aggressive when officers confronted her about the behaviour residents had witnessed. The Tulsa Police Department shared details of the incident via Facebook. “Powell was argumentative and then tossed the puppy at the officer; she then tried to get away.”

The moment Powell threw his puppy at officers was captured on bodycam footage. The department has shared the screenshots. It shows a very tense moment which could have led to serious injuries for the puppy. But one officer was always ready to do anything. 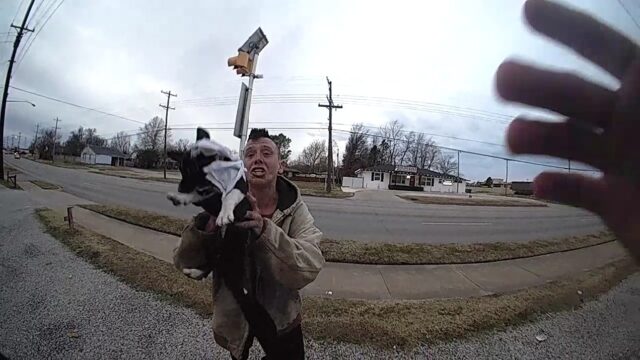 “Fortunately, the officer caught the puppy and his backing officers arrived to assist with capturing the suspect.”

Powell refused to give up, but she was taken into custody. Powell was now charged with the following crimes: Cruelty and Interfering with Officers (After Former Convictions of Felony), Obstruction, and Threatening Violent Act. 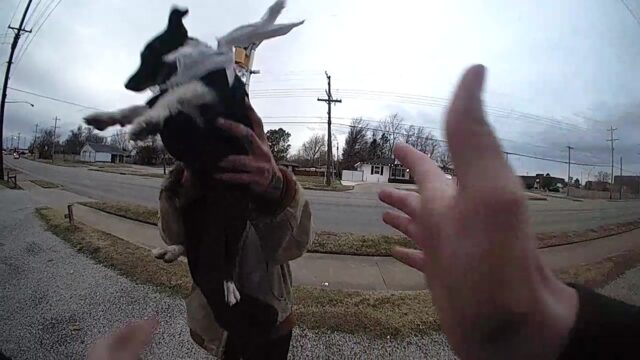 Doing Fine and Looking At Forever

The Tulsa Police Department didn’t share the deeper details regarding what set Powell off. However, they did report the poor pup caught in Powell’s storm is going to be just fine after healing from what was described as “some minor injuries, including some scrapes and cuts on his feet and stomach.” 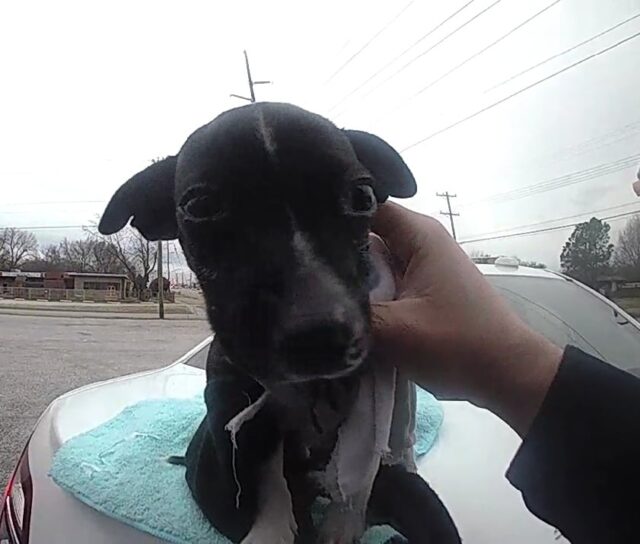 Officers handed the puppy to City of Tulsa Animal Welfare in order to heal the injuries and help the child move past fear of abuse. And after some rest and relaxation, the pup won’t have to wait long for forever. It seems like home is on the horizon.

As the witness at the scene shared with the officers, they’re planning on adopting the puppy after he’s had time to recover.

It’s a strange situation that ended well for the puppy and saw an abuser put behind bars. Good-hearted witnesses intervened to save the puppy from the pain and uncertainties of more abuse. Here’s to hoping this scary moment will be the last for the pup. With his new family, we’re hoping for happy days ahead.

Crate Training Your Dog: Everything Pet Parents Should Know