Most people know not to leave a dog alone in a hot car, but there are always some individuals that don’t care. Then, some people try to find every loophole when they should be caring about their dog’s wellbeing instead. A person in Florida didn’t leave their dog trapped in their car, but instead, they left the pup tied to their car handle. The dog was forced down to the black asphalt below him.

A kind stranger watched the dog and hoped the owner would respond quickly. But when 45 minutes passed, he contacted authorities to possibly save the dog’s life.

A Dog in Distress

When Mark Estremera of Naples, Florida, saw the dog, who looks like a German Shepherd, he had no doubt that the canine was in distress. The dog was tethered to a short lead on the handle of his human’s car. At first, the dog rested on the hot pavement but eventually couldn’t handle it anymore. His short leash made it impossible for him to reach under the car and get some shade.

Estremera realized that the person needed to run quickly inside to grab something. He waited in a parking lot, watching the dog. The dog remained unharmed for at least 45 minutes. The poor puppy only peated more.

“Once I saw he was panting heavily after laying there for a while and trying to squeeze underneath the car with the little bit of slack he had from that leash, I knew I had to call,” Estremera said. 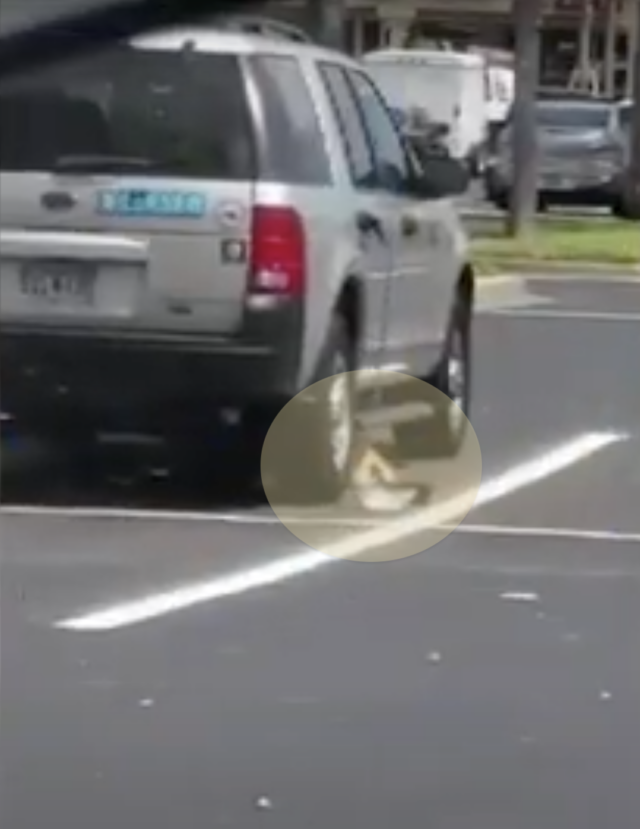 During the situation, Estremera recorded a video of the dog, which is heartbreaking for him to watch. Another Florida resident saw the video and agreed that the dog seemed distressed. However, the police weren’t as convinced.

When Estremera called 911, the Collier County Sheriff’s Office came to the parking lot in response. Yet, they didn’t seem too concerned about the dog. They said that he had food and water accessible to him and that he didn’t seem distressed. So, they didn’t take any immediate action.

But, Collier County Florida laws protect dogs in these situations. It’s illegal to leave dogs out in extreme heat or tether them out of their human’s sight. The police haven’t stated if the suspect will face any charges or if the dog will stay in that person’s care. 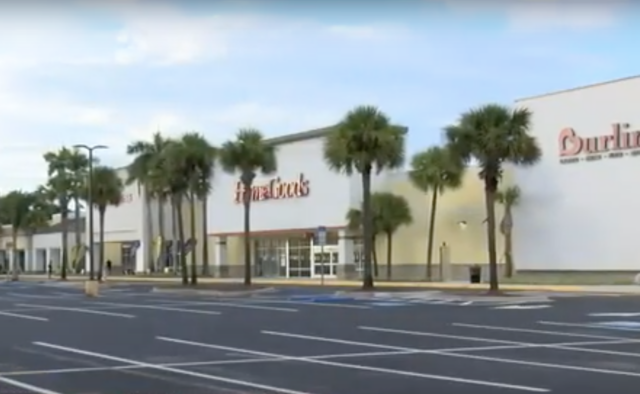 “Coming from someone who owns a dog and loves his dog to death, that’s animal cruelty,” said Estremera.

No dog should be left to suffer in the heat, whether it’s inside a car or on a tether outside. This situation should remind dog owners to not take their dog on errands during extreme heat. It’s also a good idea to learn your area’s laws so you’ll know what to do when you see a dog in that situation.