WARNING: Some readers may find the content to be sensitive.

Dogs are not food, but family members. There are still people who would hurt dogs no matter what laws are in place to protect them. Animal advocates stopped a truck that was headed to Indonesia’s illegal dog slaughterhouse. The truck contained 53 dogs, all of whom were stuffed into bags and had their mouths closed. Each dog was too small and weak to fight.

This group of dogs was saved just in time, and thanks to their rescuers, they’ll get to live a fulfilling life from now on. This case helped further expose the dog meat industry, but there’s still a lot of work to do around the world.

Dog Meat Free Indonesia led the country’s first large-scale raid at a dog meat slaughterhouse. Rescuers stopped a truck carrying more than 50 dogs to an illegal slaughterhouse for dog meat. If they hadn’t stopped the van in time, many of the innocent dogs would’ve been killed.

“The animals were tied up in sacks, muzzles bound tight with ropes or cables, eyes wide open with fear,”Four Paws International is an animal organization that works in collaboration with Dog Meat Free Indonesia. 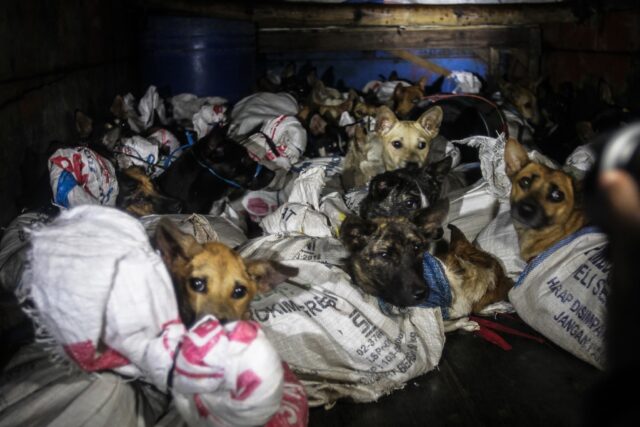 Police took a suspect into custody during the rescue. They believe he has been involved in the dog meat trade for more than 20 years. One of the dogs unfortunately died before they made it safely, but 52 others are still fighting for survival. Rescuers took them to a shelter where they received emergency medical treatment. They’ll stay there until they recover from their horrific pasts.

Four Paws believes that this rescue operation is a turning-point in the fight against dog meat production in Indonesia. On their social media, they share stories of dogs who have been rescued from the slaughterhouse and found loving homes. This inhumane suffering must be stopped. 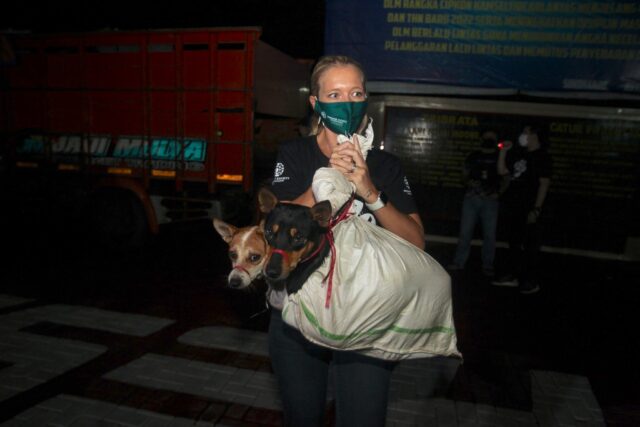 “The shocking and criminal events that we have witnessed as well as the positive actions taken by the Sukoharjo authorities must be a turning point in fighting against this outlawed, outdated, and cruel trade,” Four Paws’ Dr. Karanvir Kukreja said. “The positives we can take out of this awful situation are that law enforcement and campaign groups are ensuring that this illegal trade is coming to an end.”

All dogs taken from this transport are younger than one year. Many appear to have been stolen pets. Most of the dogs in this transport are dehydrated, emaciated, and covered with wounds from being tied. Although they have a long road ahead of them, rescuers are determined that they will find a loving home and a happy ending. 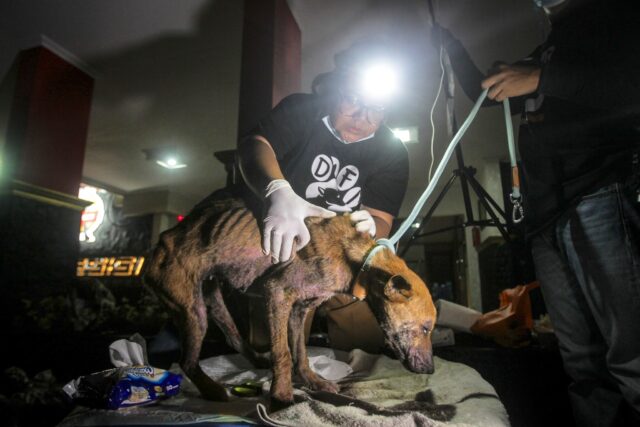 If you’d like to help end the dog meat trade and support the dogs who have been rescued, consider donating to Four Paws International. Their mission is to make the world better for all animals, which includes these 52 innocent dogs.

Enjoy These Moments From the Rescue Mission: