On Sunday, December 19th 2021, just before noon, a white truck drove up to the Walton County Animal Shelter. ShelterFlorida. The shelter is closed on Sundays, but the couple walked out of the car with their black dog.

They ignored the sign on the door warning them not to open it. “STOP, do not bring your animal inside”The man also provides a telephone number to get assistance. After sorting through donations, the man set down a box. Both men are seen getting back into the truck without their dog and driving off.

According to a statement from the Walton County Sheriff’s Office, an hour passed before the staff inside saw the black dog peering through the shelter’s windows. They then saw the box that the couple had left behind with their dog. The box contained movement.

That’s when shelter staff learned the box contained 11 puppies. As the Sheriff’s Office summarized in a Facebook post:

“These dogs have clearly had a rough 24 hours. Abandoned just days before Christmas and left out in the cold.” Although the shelter was technically closed by law, the dedicated staff ensured that all twelve dogs got inside immediately to receive care. The Sheriff’s Office wrote:

“Thankfully, staff are always on hand to care for the animals. The puppies and their momma were quickly brought inside and given shelter.” 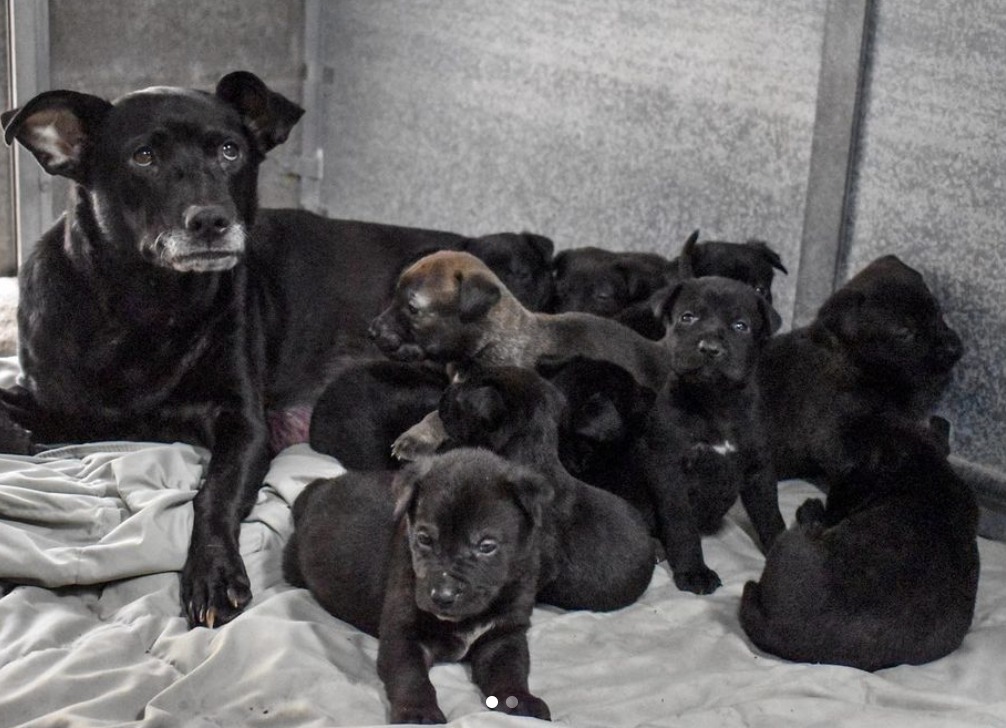 They may not know how these 12 dogs were treated before they arrived at the shelter, but at least they’re in good hands now. Alaqua Animal RefugeWe took them in and they are now available for adoption or foster care.

“In our care, they will all learn what it feels like to be loved and taken care of,”AAR posted on Facebook.

Reach out to Alaqua Animal Refuge if you’re local and can adopt/foster! According to officers

“The puppies appear to be friendly, although momma dog is wary of people (and who could blame her.)”

Dumping Animals Is Cruel AND Illegal

To play devil’s advocate: It’s always possible that people who abandon their animals genuinely don’t know they have better options. The Walton County Sheriff’s Office requests that anyone struggling to care for a pet contact Animal Services first.

“Dumping animals is ILLEGAL and these individuals could face criminal charges. Reaching out does not mean dropping animals off on a day when the shelter is closed and leaving them for dead. It means picking up the phone and allowing Animal Services employees to provide a time for intake and to collect information about your animals.” 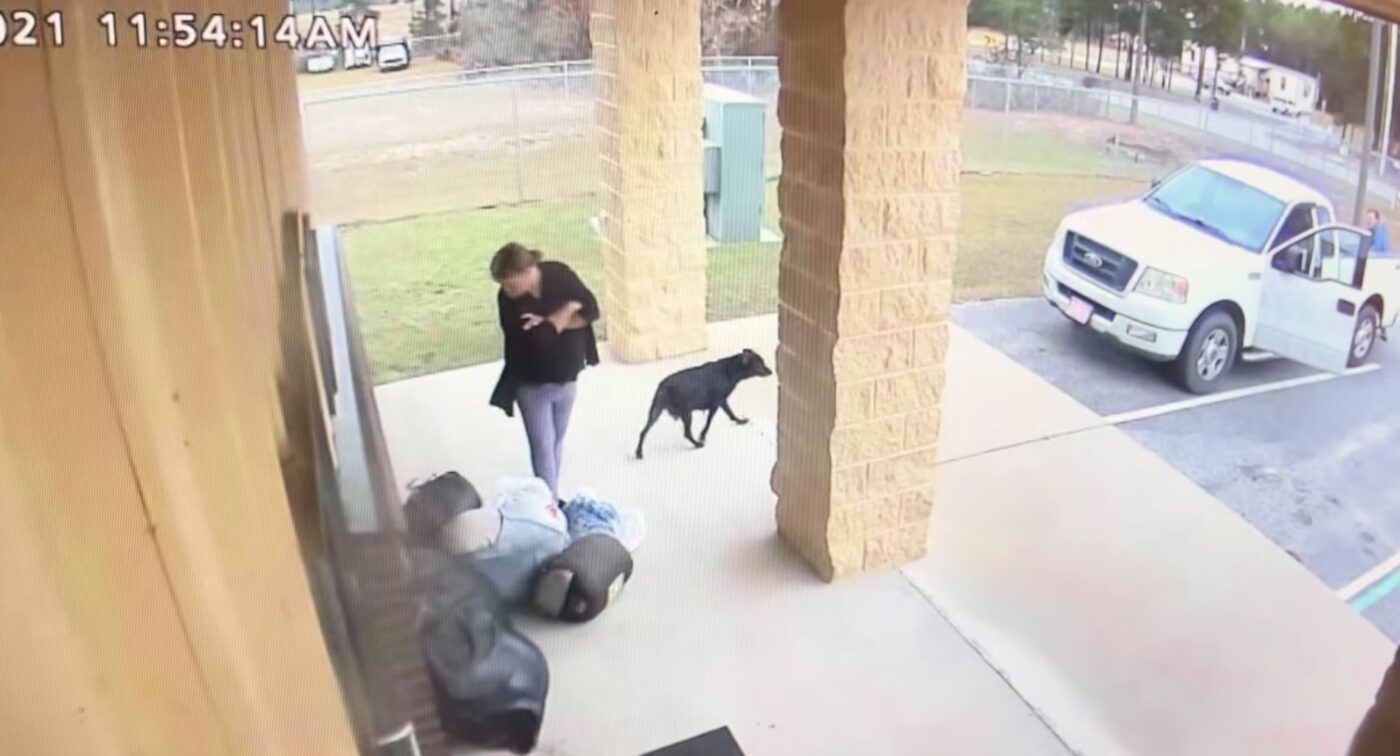 In the comments on the police department’s post about the abandoned family, some indicated that leaving the dogs right outside the shelter is better than nothing. The Sheriff’s Office addressed that argument, noting:

“A lot of comments on here are saying, at LEAST they brought them to the shelter. We don’t think things should work this way. What’s the MOST someone can do? Shouldn’t that be the expectation?” 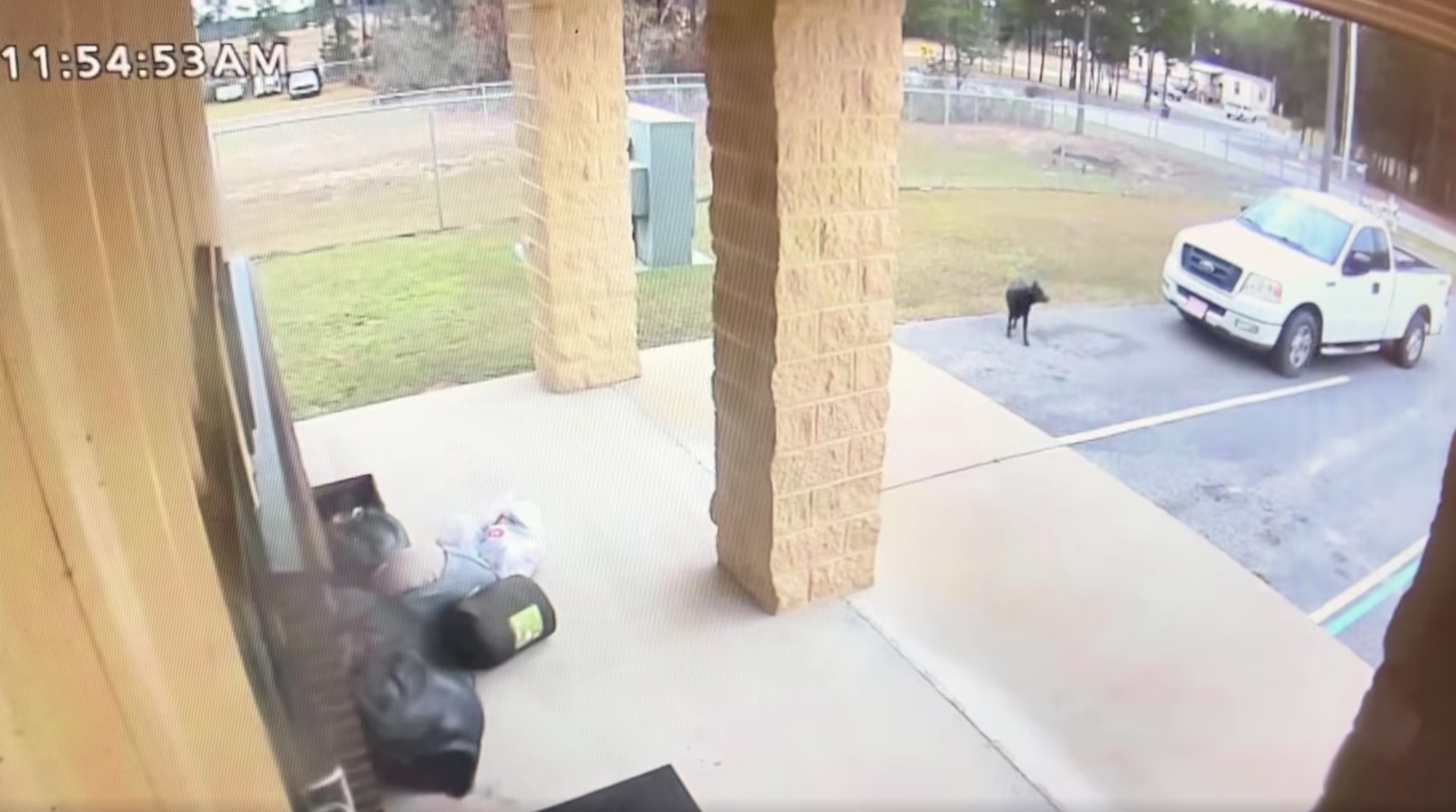 After an extensive investigation, police were able to identify the two men seen in security video. The investigation is ongoing, but the Sheriff’s Office had this to say:

“In the mean time we would like to remind folks; turning your animals in when you are in dire circumstances is certainly one thing. We recognize and know things are hard for everyone right now. But, there is a right way to surrender your animals and a wrong way. This is certainly not the right way.”

Don’t just abandon the animals you can’t care for! There is help available for those who are willing to search it.