Recent experiments revealed that a dog can be used to test whether a person’s actions are intentional or accidental.

A ScienceAlert report said, in experiments with over 50 dogs, researchers set up a test to investigate if dogs could identify the difference between “human intention and lack of intention.”

Dogs see their owners. There is no question about that. Dogs are man’s best friend.

Despite their loving stares, many are amazed at how strong they can identify what people do. A new study suggests that these animals may be able to discern the meaning of an action, at least in part, according to a recent study.

ALSO READ: Dogs Can Help Reduce Asthma, Among MANY Other Things 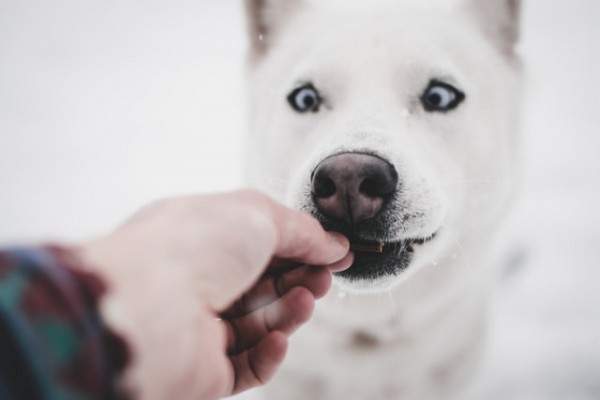 (Photo by Marek Sturc on Unsplash
A thin gap at the top of the partition was left for the investigator to give the dog food rewards. This was repeated several times.

According to Britta Schünemann, a psychology researcher at the University of Göttingen in Germany, the dogs in their research “clearly behaved differently” depending on whether a human experimenter’s actions were intentional or intentional. Their result suggests that dogs may certainly be able to determine the “intention-in-action” of humans.

The paradigm of “Unwilling vs Unable” was a well-established system. A researcher sat on the one side of a clear partition with a dog subject the other.

A thin gap at the top of the partition was left for the investigator to give the dog food rewards. This was repeated several times.

After this, the actual testing began. The food rewards were still presented to the dogs, though they were not given in one of the three options.

The researchers explained in their study that the experimenter withdrew the reward quickly from the dog who had made an intentional movement. The experimenter intentionally withheld the treat from the animal because of the unwilling condition.

On the contrary, according to a similar Chop News report, two other ways showed instances where the study author intended to feed the dog but failed to do so.

The researchers noted that the experimenter tried to administer the reward in an unable-clumsy state, but it “accidentally” fell from her hand before she passed it through the gap.

The study author also explained that she tried to administer the reward in an unable-blocked situation but was unable to do so because the gap was too small.

The dog failed to get the food reward in each case. However, the point was trying find out if the dog acted differently depending on the nature of the failure.

The researchers wanted to determine if the dog could recognise the intention to feed, and if it could differentiate between unintentional acts.

According to senior researcher Juliane Bräuer, also an animal cognition scientist at the Max Planck Institute for the Science of Human History, “if dogs are indeed able to ascribe intention-in-action” to humans, they are then expected to exhibit different reactions in the unwilling condition, compared to the two other unable conditions. As a result, added, Bräuer, as it turns out, is exactly what they observed.

Dogs were familiarized with the laboratory environment before the experiment. Dogs were shown how they can walk around the pane of glass to reach the experimenter.

The investigators of the study knew that the dogs would eventually realize it was easier to get the treat if the dog just walked around this partition to reach the food source.

The team predicted that dogs who were deliberately denied treats would wait longer to try it, as they may be less likely than others to get the reward.

Related information about this dog behavior is shown on Tarek Adel’s YouTube video below:

Check out more news and information on Animals in Science Times.