Ending the puppy mills is a major goal for dog parents around the world. And a large part of it prevents pet stores from selling dogs. But banning the sale of puppies is much easier said than done, and unfortunately, many people continue to oppose the ban on puppy mills. So the state of Texas is doing everything it can to put an end to the puppy mills as soon as possible.

The 1818 Bill was recently passed at the Texas House. When it happens in the Senate, pet stores only need to get their dogs from animal shelters, emergency services, and licensed breeders. But will it help?

A bill to save dogs

Texas is one of the states with the highest number of dogs euthanized in animal shelters annually. However, this doesn’t stop people from buying puppies from pet stores instead of adopting them. Most pet shop puppies come from puppy mills and often get sick as a result. To put an end to this inhuman deal, a new Texas law was recently passed in-house.

The new bill would make it illegal to sell puppies from puppy mills in pet stores. Instead, companies would have to source their dogs from animal control agencies, animal shelters, animal rescue services or approved breeders. Fortunately, six communities in Texas have already passed similar laws.

“An estimated 2 million puppies sold annually in the US are from puppy mills, while 2 to 3 million puppies and cats are euthanized at animal shelters each year,” said Rep. Jared Patterson. “Commercially bred dogs often live in appalling conditions and suffer from a variety of diseases that are often unknown to the consumer.” 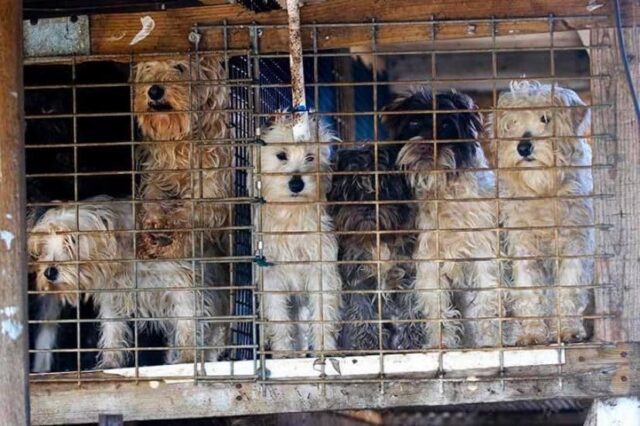 The 1818 bill was quickly approved by the House with an 85-54 vote. Before it can take action, it has to pass the Senate as well.

Every step towards ending the puppy mills seems like advancement for dog lovers. But unfortunately not everyone is the same. Many government officials resisted, saying there was no need to pass this law.

“What does the state of Texas have to do with telling people who take care of their dogs and make sure the dogs are healthy that they can’t sell to the public the way they want”, said Rep. Matt Said Shepherd.

What Schaefer does not acknowledge, however, is that many breeders do not properly care for their dogs. Puppy mills put a profit on their dogs’ welfare, which leads to poor habitats and sick puppies. Petland is one of the biggest perpetrators of these inhumane practices. 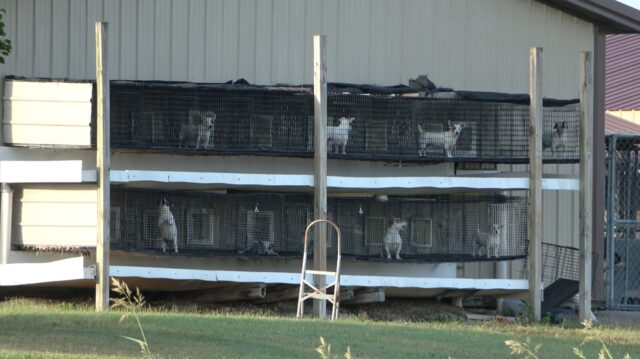 “Petland is the only one of these businesses that refuses to give up this archaic business model. It’s so cruel. It brings sick and injured, unvaccinated, uncastrated, and neutered puppies into our state, ”said Lauren Loney, director of the Humane Society of the United States in Texas.

Will This Help End Puppy Mills?

Any attempt to stop puppy mills is a step in the right direction. This new bill is therefore essential for animal welfare. While many dog ​​parents are familiar with inhuman breeders, first-time dog owners may not. It’s important to get the word out there so people are getting dogs from responsible sources instead.

Even if this bill gets passed in the Senate, puppy mills won’t be completely removed from Texas. The bill states that one of the sources pet stores can source puppies from is “licensed breeders.” However, many puppy mills are licensed by the USDA. This is because the approval standards are so low that a breeder can be licensed while dogs are still neglected. The only real way to stop the bulk of these sales is to stop pet stores from selling puppies. Otherwise, puppy mill breeders will keep finding gaps. 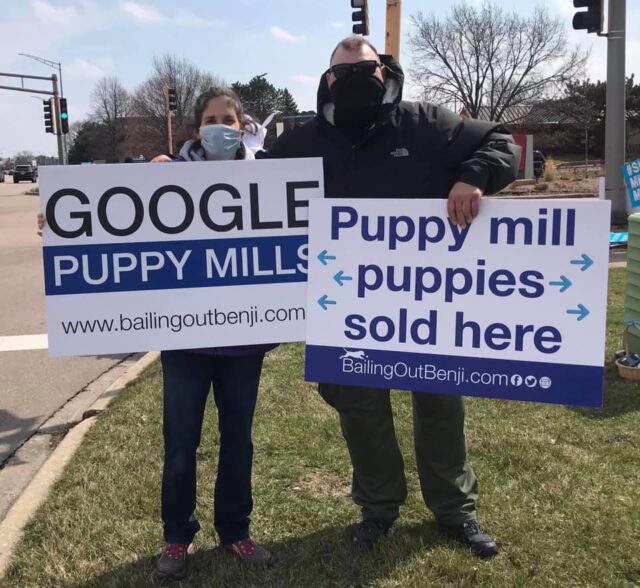 This new bill is a minor victory for Texas and hopefully it will be passed soon. But we still have a long way to go to prevent puppy mills from harming so many dogs. By encouraging more families to adopt dogs from rescue and animal shelters, more dogs can be saved. Perhaps if more states pass laws like this, puppy mills can stop once and for all. Guys, I have to say this is a sucker. It’s either something torn out of those viral videos by “stupid criminals” or the strangest “bug” you’ve ever heard. Let me explain: It all started when a dog was stolen from a parked car.

At around 12:30 p.m. on a Friday, Boston police responded to the report that someone broke into a car and stole a 13-month-old German short-haired pointer named Titus. The surveillance video later showed a man walking the dog across Boston University Bridge.

Later, when Titus was still at large, a 7NEWS crew filmed on location. At that moment they saw Titus walking past with the same man. Of course, they stopped him and asked why he had Titus and filmed their interaction in a fascinating segment.

The news segment begins with an open and honestly amusing explanation from the field reporter:

“That’s me and I urge my photographer John to start rolling when I realized we’d seen the dog reported stolen in Cambridge and the man in a surveillance video who was accused of taking him.” 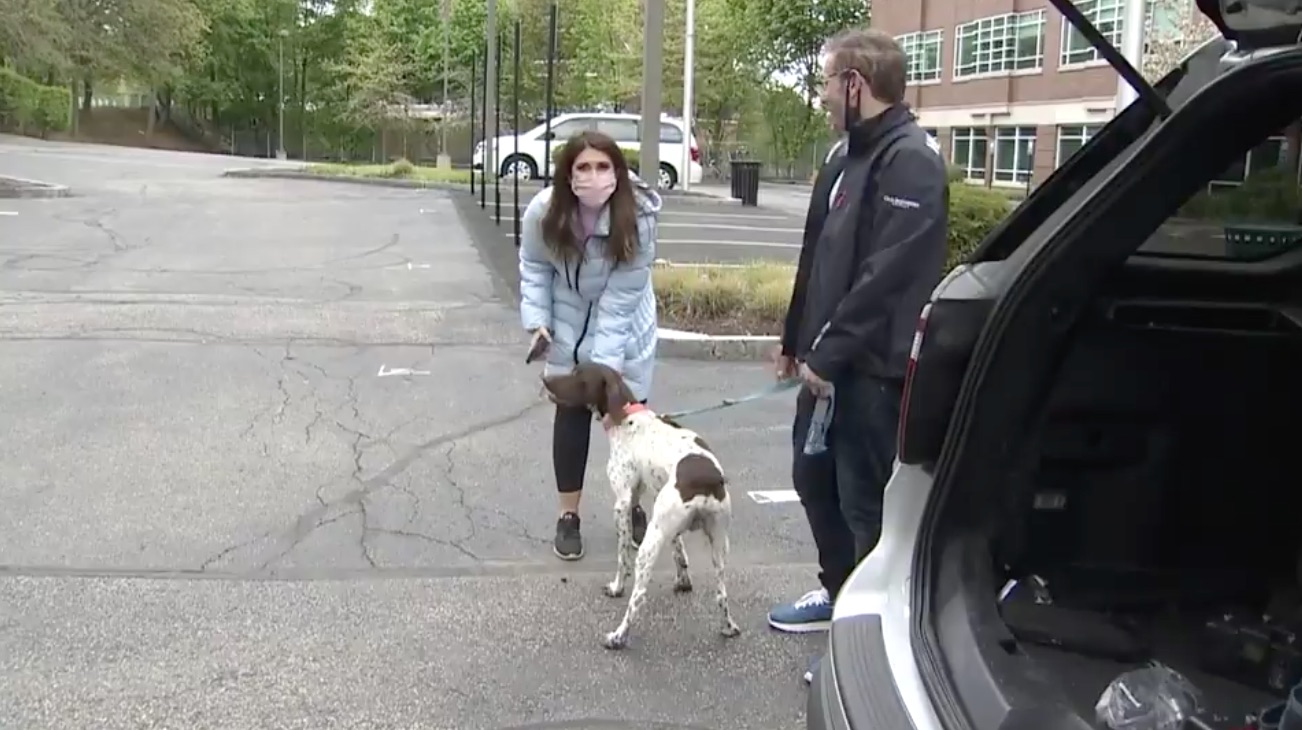 “He just barked in the car and I walked past the car thinking it should be a dog that I let the dog run around. It wasn’t a kidnapping, it was just a simple mistake. “

Even if it was believed Titus was accidentally taken, police said 24 hours had passed since the dog disappeared. Gariepy hadn’t contacted the number on Titus’ tag. Well, he said he tried and it didn’t work, but there is no evidence for it.

After the interview, the news crew called the police. Gariepy was arrested and charged with theft of more than $ 1,200. He broke in and got into a vehicle to commit a crime.

When the police arrived on site, Titus’ father Greg Siesczkiewicz and the two were happily reunited. Siesczkiewicz thanked the news crew and praised their keen eye: 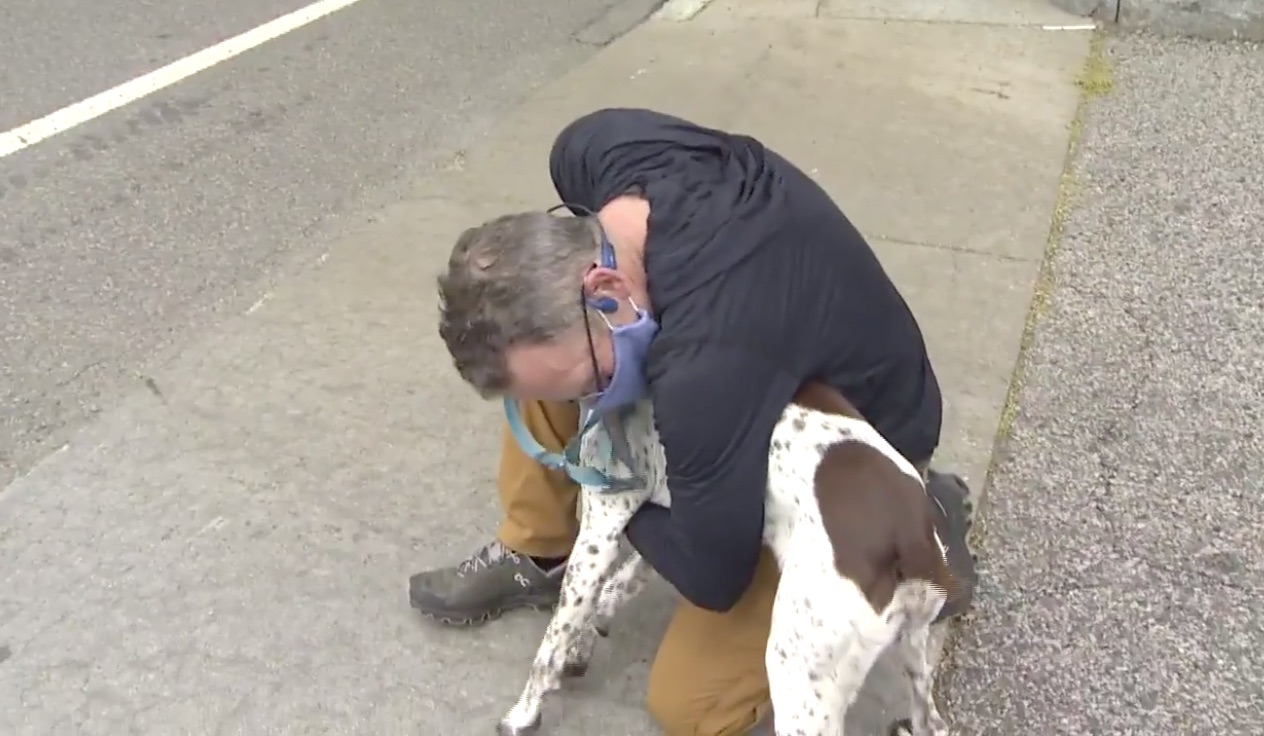 He also noted that he is grateful that the crew reported on the event in the first place. Otherwise, Titus may not have been noticed at all.

“If anyone ever sees this who questions the value of media, social media and broadcast media, this proves it.”

I still don’t know what to do with the strange situation, but I’m glad Titus is back, who he belongs to. Dogtopia, the nation’s leading dog daycare, food and spa franchise, announced the launch of its virtual playroom, a place for all dog lovers to get rid of stress. The Dogtopia daycare center has always been a place where dogs can socialize and have fun. Now it offers dog lovers a virtual way to do the same. The website features heartwarming stories about dogs and their pet parents, a meme generator, Peanuts comics, exclusive videos, surveys, and many more fun, interactive activities. This platform can be accessed at www.dogtopia.com/virtual-playroom.

“During the pandemic, we found that our pet parents spend a lot of time enjoying our webcams and making sure their dog attends our in-store events like birthday parties and themed dress-up days. We love the fact that our pet parents are vicariously living by their dogs, ”said Neil Gill, CEO and President of Dogtopia. “We wanted to give our pet parents a place to have fun while spending more time at home.”

In February, the Dogtopia website had more than 250,000 visits and animal parents spent an average of over an hour and a half per day watching their pups on webcams. So the Dogtopia team knows this is a valuable and informative resource for pet parents. However, by adding an element of entertainment and escapism to this virtual playroom, you can increase engagement and build an even stronger community among pet parents.

The fun in the virtual playroom is fully tailored to the experience a dog can have at Dogtopia, also known as “The Most Exciting Day Ever,” and the furry friendships that are made at the daycare. “Every day at Dogtopia is truly the most exciting day ever and this is a great opportunity to share the joy our teams have with the dogs every day,” said Chelsea Ledbetter, Dogtopia franchisee at The Woodlands. Texas.

At Dogtopia, dogs enjoy an open environment with protective rubber floors to relieve stress on their joints while promoting safe socialization, exercise, education and fun. Dogtopia’s day care rates are all-inclusive. Meals are prepared at the request of each pet parent at no extra charge, or the pet parents can bring their own food. Dogtopia’s webcams also give pet parents the peace of mind that they can check in their puppies even when they are not around. The Dogtopia family is made up of both single and multiple operators, including husband and wife teams, father and daughter / son duos, siblings, and many different types of business owners. LIFE IS BETTER WITH A GOLDEN RETRIEVER PUPPIES Russell is out there | The bark

How to build loyalty in the new consumer landscape

Why is my dog ​​still getting sick? – Dogster

How to talk to your dog – according to science

What Does It Mean When My Dog Arches Their Back?